The Three New Alpaca Mounts & How To Get Them

The Three New Alpaca Mounts & How To Get Them

With the Visions of N’Zoth patch 8.3 release, there are three new Alpaca mounts added to the game. Here we will go through everything about them and the requirements in order to get all of the mounts. We will start from the easiest all the way to the hardest to get Alpaca mount.

Click on the model viewer to view model of all three alpacas! 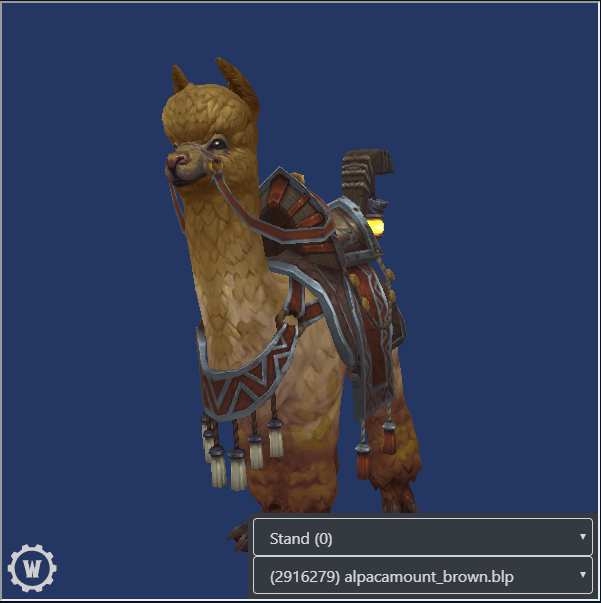 This Alpaca mount is the easiest to get out of all three alpaca mounts. In the zone of Uldum, there are a couple of friendly NPC spawns by the name of Friendly Alpaca. These NPCs spawn every 10 minutes and offer a daily quest for a player. The way to get the mount is by completing this daily quest for 7 times and get the mount reward. The daily quest is called Alpaca It Up and it is pretty easy to do. The friendly Alpacas despawn fairly quickly as they only stick around for ~30 minutes, so its a good idea to acquire required items beforehand.

The quest requires the player to obtain Gersahl Greens and feed the Friendly Alpaca with it. These green bushes usually spawn around the main river in Uldum and it is the best if searched there. After completing the daily quest 7 times, the player is given one last quest, Alpaca It In with the mount, Springfur Alpaca, as a quest reward.

This next Alpaca mount is a bit harder to get than the first one but nothing out of the limits. An NPC by the name of Elusive Quickhoof spawns around Vol’don usually around every 3 to 5 hours. Getting this one might be slightly harder because of all the people who want to obtain it.

You can see on this map of Vol’dun where the alpaca usually spawns and roams around. Obtaining this mount is rather interesting. You need to have a food item by the name of Seaside Leafy Greens Mix and feed the Elusive Quickhoof. This item is sold by almost all of the food vendors. Feeding the alpaca will immediately place the item Reins of the Elusive Quickhoof in the player’s bag.

The last Alpaca mount added in patch 8.3 is called Mollie with the name of the item being Slightly Damp Pile of Fur. This one is pretty straightforward as it is a loot drop. Unfortunately for the players, it drops from a rare elite called Dunegorger Kraulok and it is the hardest one to get.

This NPC is a rare elite that spawns in Vol’dun and has the mount added to its loot table. It is not known what’s the drop chance of Mollie but being a drop from a Rare Elite the drop percentage should be pretty low. Gathering a group loot for this elite is a must, which you probably know. Nonetheless, the effort is valuable for a cool Alpaca mount like this one.